Peripheral Giant Cell Granuloma or the so called “Giant Cell Epulis” is the most common oral giant cell lesion. It is described as non-neoplastic, hyperplastic lesion occurring exclusively on gingival/alveolar crest that appears as a overgrowth of tissues, following trauma or irritation arising from periosteum or periodontal membrane. It can be sessile or pedunculated with size usually less than 2cm. Although being uncommon, this lesion carries a lot of uncertainity in terms of its etiology, growth potential, biological behavior (recurrence), histogenesis of its cells and its treatment. We hereby report a case of a 49-year old male patient, with peripheral giant cell granuloma in mandibular posterior region, who was successfully treated and is on regular follow up since 6 months.

A 40-year old male patient reported to the department of Oral and Maxillofacial Surgery with the chief complaint of a painless, gingival overgrowth in lower right back tooth region of jaw since 1 year. There was no history of trauma, burning sensation or pain. No swelling was evident on extra oral examination. On intra oral examination, an erythematous gingival growth was evident in the right mandibular posterior region extending anterioposteriorly from 45 to 47 region, measuring approximately 3x2cm in size(Figure 1). On palpation, the growth was firm in consistency and had tendency to bleed on brushing and mastication. CBCT revealed slight alteration in trabecular pattern and residual alveolar bone loss with respect to 45,46 region, caries with respect to 47 as well as widening of periodontal space, discontinuity of lamina dura and diffuse periapical radiolucency in relation to 47(Figure 2). 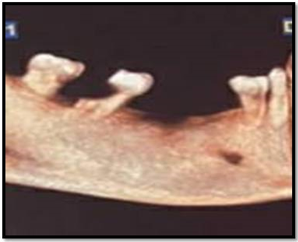 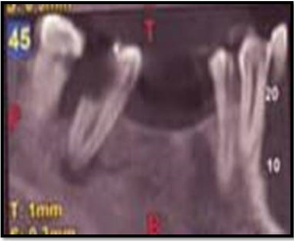 We went in for the routine blood investigations of the patient, which were all within normal limits. Complete excisional biopsy of the growth was planned under local anaesthesia. Lesion was separated with the help of blunt dissection from adjacent mucosa.(Figure 3) The overlying mucosa was undermined and incised. The growth was removed in toto. (Figure 4) along with the extraction of 47(Figure 5 ) Primary closure was achieved using 3-0 mersilk suture(Figure 6) and excised growth was sent for histopathological examination.

Clinical appearance of the lision 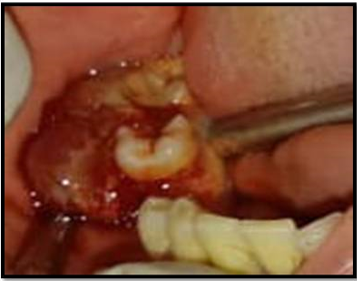 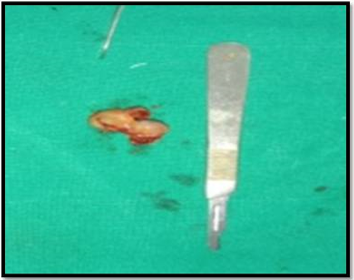 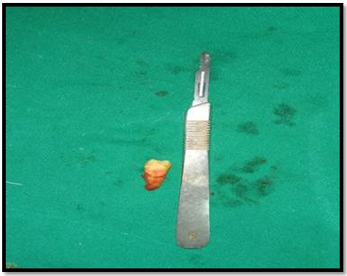 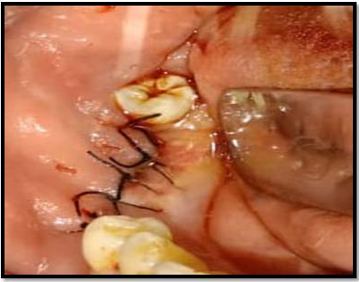 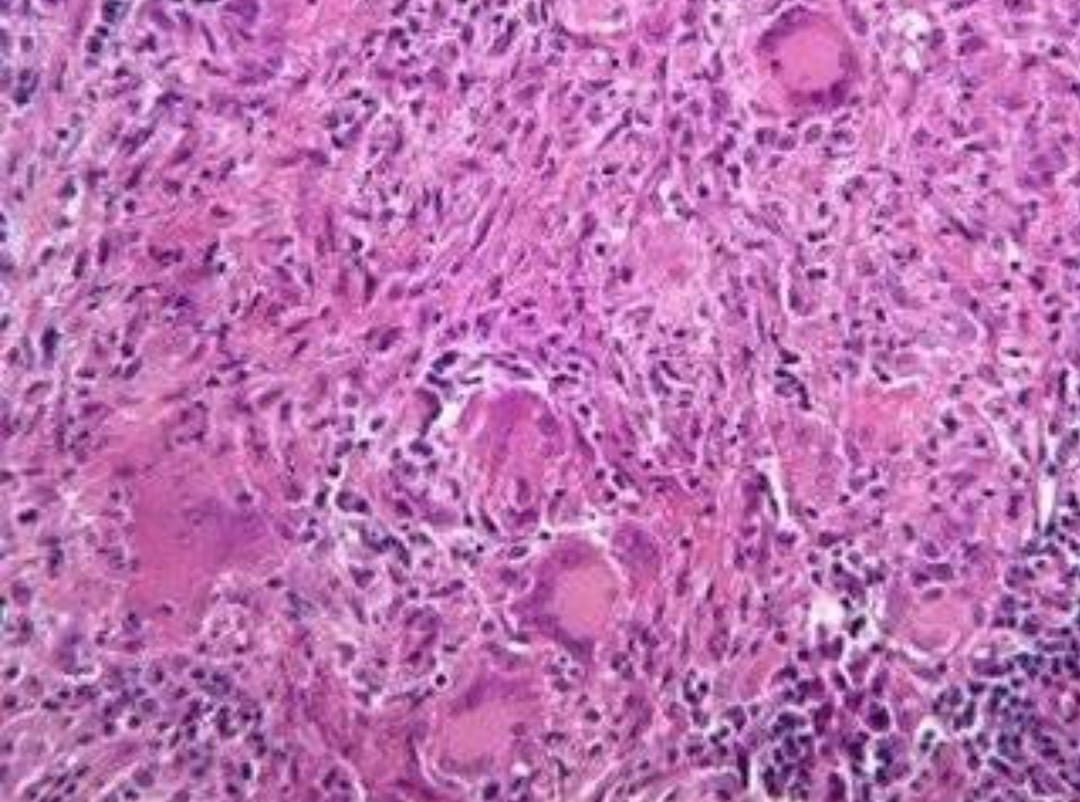 Peripheral giant cell granuloma is basically a vascularised, benign, hyperplastic lesion consisting a large number of giant cells and mononuclear cell infiltrate. These multinucleated giant cells are basically osteoclasts which causes bone resorption.7 According to Motamedi et al., this lesion is more commonly seen in mandible, usually posterior to canines. The consistency of the lesion is related to the age of the lesions because as time progresses, there is increase in number of collagen fibres, the consistency of the lesion becomes firm and maturation occurs.8 The lesion clinically is characterized by presence of soft nodular mass that is reddish-blue in color. It is usually painless but can become painful secondary to any infection. It represents as a sessile or pedunculated lesion.9 The radiographic features are usually non specific. However, sometimes superficial destruction of alveolar margin or crest of interdental bone may be seen when the granuloma is associated with the teeth. In our case, radiographic examination revealed loss of crestal bone and widening of periodontal ligament space. The differential diagnosis of peripheral giant cell granuloma includes pyogenic granuloma, fibrous epulis, peripheral ossifying fibroma, inflammatory fibrous hyperplasia, peripheral odontogenic fibroma etc, all of which present similar clinical and radiographic findings. Hence, definitive diagnosis can only be established in such cases by histopathological examination.10

Early and accurate definitive diagnosis of gingival overgrowth through history, clinical, radiographic and histopathological examination allows conservative management with minimal risk to the adjacent hard tissues. Recommended management of peripheral giant cell granuloma aims at elimination of entire base of growth and along with elimination of local irritating factors as we followed in our case. Various modalities for excision of the lesion includes scalpel, electrocautery, lasers etc. Due to its high growth potential, tendency to cause bone resorption and mobility of the resultant tooth, treatment should include surgical excision of the growth along with the removal of all the etiological factors. Regular follow ups are very essential after surgery to prevent the occurrence of the growth.